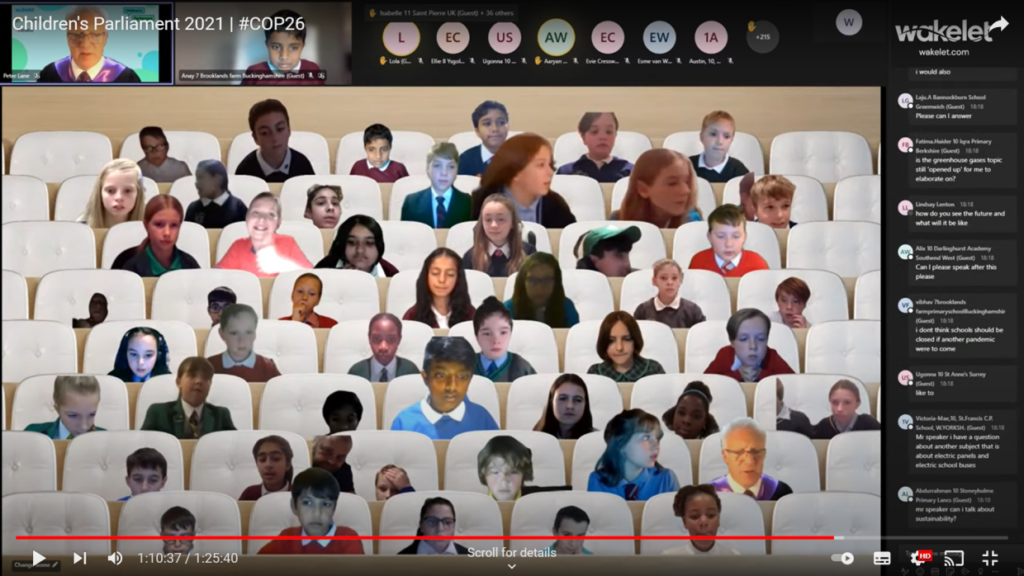 The parliament session was streamed live on YouTube and can be watched again here.  Erin’s question and concerns were also published in the Express. Not only that, this Children’s Parliament included 280 children and has been confirmed as a Guinness World Record for the largest ever children’s parliament.  This has been such a fantastic thing for one of our students to take such a big part in and we are so proud of Erin for taking part.

Erin said about her experience:

“I felt honoured to be chosen to represent the school and local area in this debate. I was very nervous especially as they asked me to ask a question on the call, which I hadn’t planned on doing. I was only planning to type in the chat as I knew I’d feel self conscious about speaking live. However, on the day, it all went smoothly and I got to ask my question about deforestation to the speaker and the other child MPs. It’s something I feel strongly about so I’m glad this question will be part of the COP26 conversations. Since the call happened we have found out that there were over 280 children taking part on the call so we are all part of a Guinness World Record. I am so pleased that I took part and agreed to ask a question as I realise that not many people had the opportunity and feel proud of myself for doing it. I would say to anyone else who has this opportunity in the future to definitely go for it as it was really good fun.”

Sorry, the comment form is closed at this time.